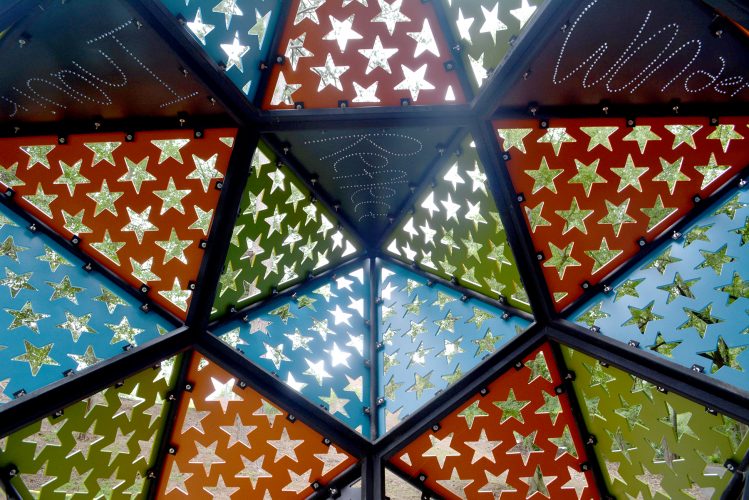 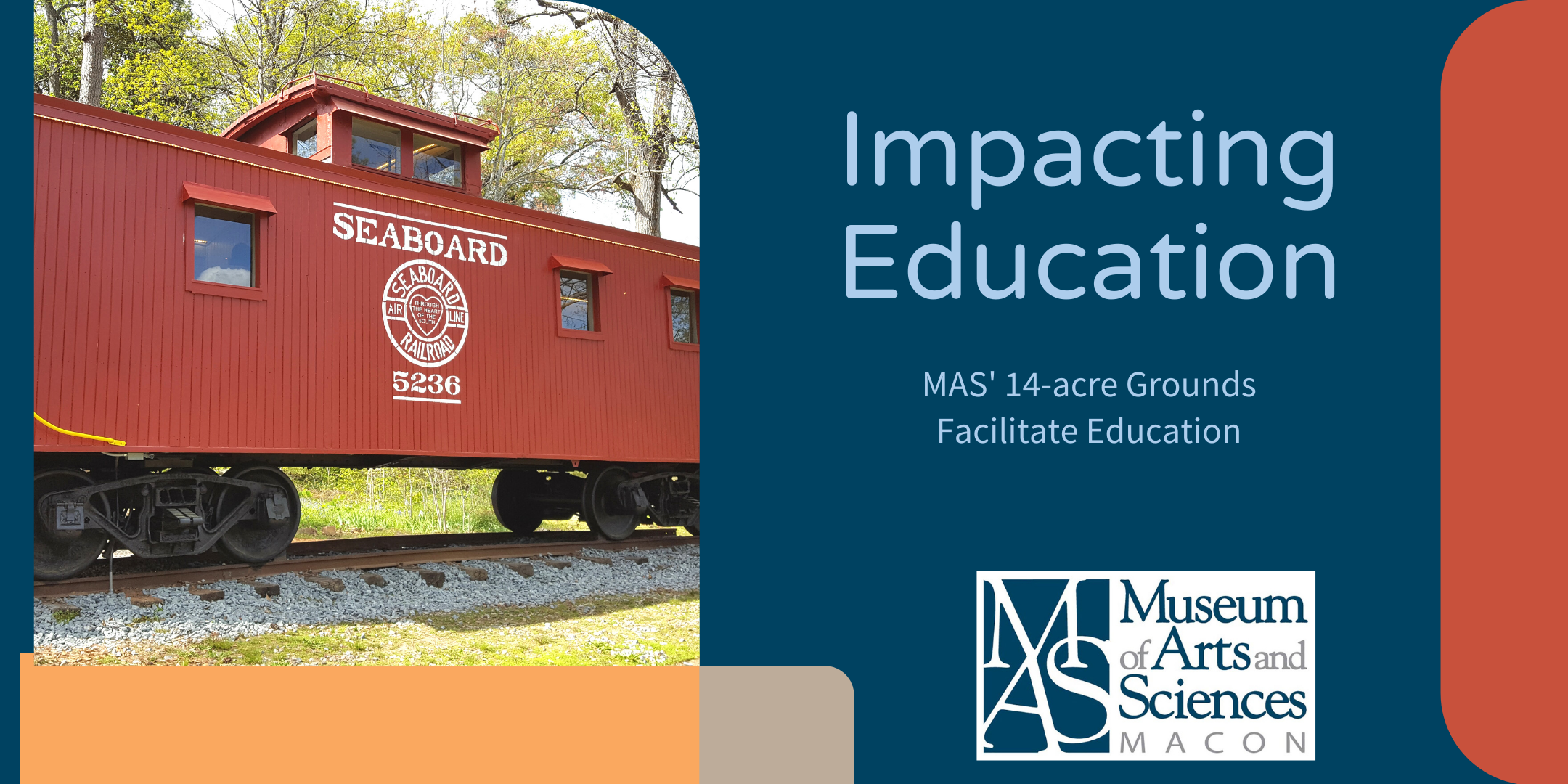 George Rickey’s Four Trapezoids as Two Rectangles V is a kinetic sculpture that greets many Central Georgia residents when they pull up to the Museum of Arts and Sciences. The sculpture, which is composed of four trapezoids that form two rectangles when at rest, is a focal point for the Museum’s 14-acre grounds. Incorporating science, technology, engineering, art, and mathematics, the piece represents the MAS’ commitment to STEAM education.

The sculpture inspired the museum to design a school program titled Kinetic Sculpture. School groups begin the hands-on-activity outside by analyzing George Rickey’s creation and its inner workings. Students are also educated about other notable American sculptors, including Alexander Calder. Susan Mays, MAS Director of Programs, said students are provided with a metal stand, balancing components, and a variety of materials, including feathers, beads, and shells.

“[We] let them draw their inspiration from the George Rickey piece and create their own kinetic sculpture to take home with them,” Mays said.

Four Trapezoids as Two Rectangles V is just a single facet of the Museum of Arts and Sciences’ spacious grounds, which offer a plethora of educational opportunities. For 56 years, the MAS has been home to the SAL Class 5CC Caboose #5236. Built by the Magor Car Company in 1923, the caboose accumulated an estimated 1.9 million miles across the southeast in its 41-year lifetime. It was decommissioned in 1964 and subsequently donated to the MAS, where it would receive several decades worth of restorations.

“While there’s a great rail history in Macon, there’s nobody else really telling that story,” Mays said. “So having the caboose opens the door for us to tell a story about the city’s history that’s not being told anywhere else.” 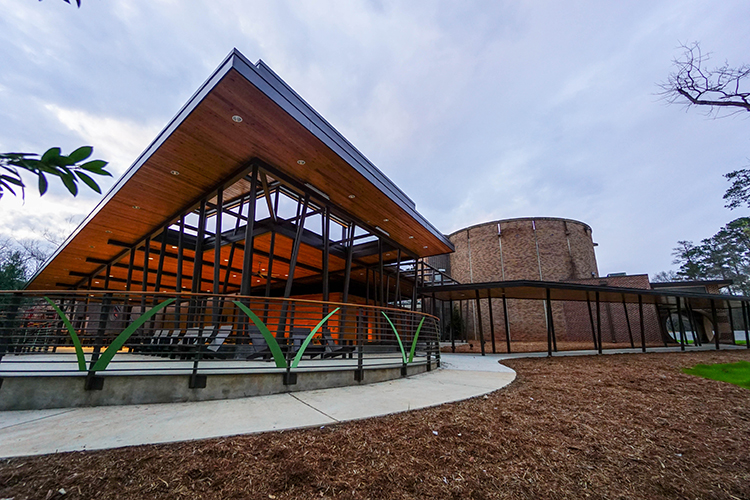 Thanks to Piedmont Construction Group, Geotechnical & Environmental Consultants, and Georgia Environmental Group, the caboose’s interior is a historically accurate representation of the golden age of railroads that all of Central Georgia can experience. The interior features vintage railroad photographs, an antique metal lunchbox, and hand signal activities that educate guests on railway communication from the 1920s. With the addition of a coal bin planned, the museum will continue to inject life into the 97-year-old caboose.

“[We want to] do some of the things that will ‘people’ the caboose and make people not just see it as a thing but as a place where people worked,” Mays said.

In addition to fine art like Four Trapezoids as Two Rectangles V and historical icons like the caboose, the museum’s 14-acre campus serves as prime ground for educational programming. Sharron Cornacchione, MAS Curator of Living Collections, said the museum’s grounds have allowed her team at the MAS Mini Zoo to showcase animals in a whole new light.

“We’ve always had the amazing animals at the Museum,” Cornacchione said. “Most of the time, our programming has been either in the mini zoo or in the auditorium. But with the expansion of the campus, it has just made education that much better because we’ve got the pavilion area out there. We can get our lemurs outside where people can see them. We can get a lot of our parrots outside in the aviaries out there where people can see them because a lot of times, our parrots are behind the scenes, and we bring them out for shows.” 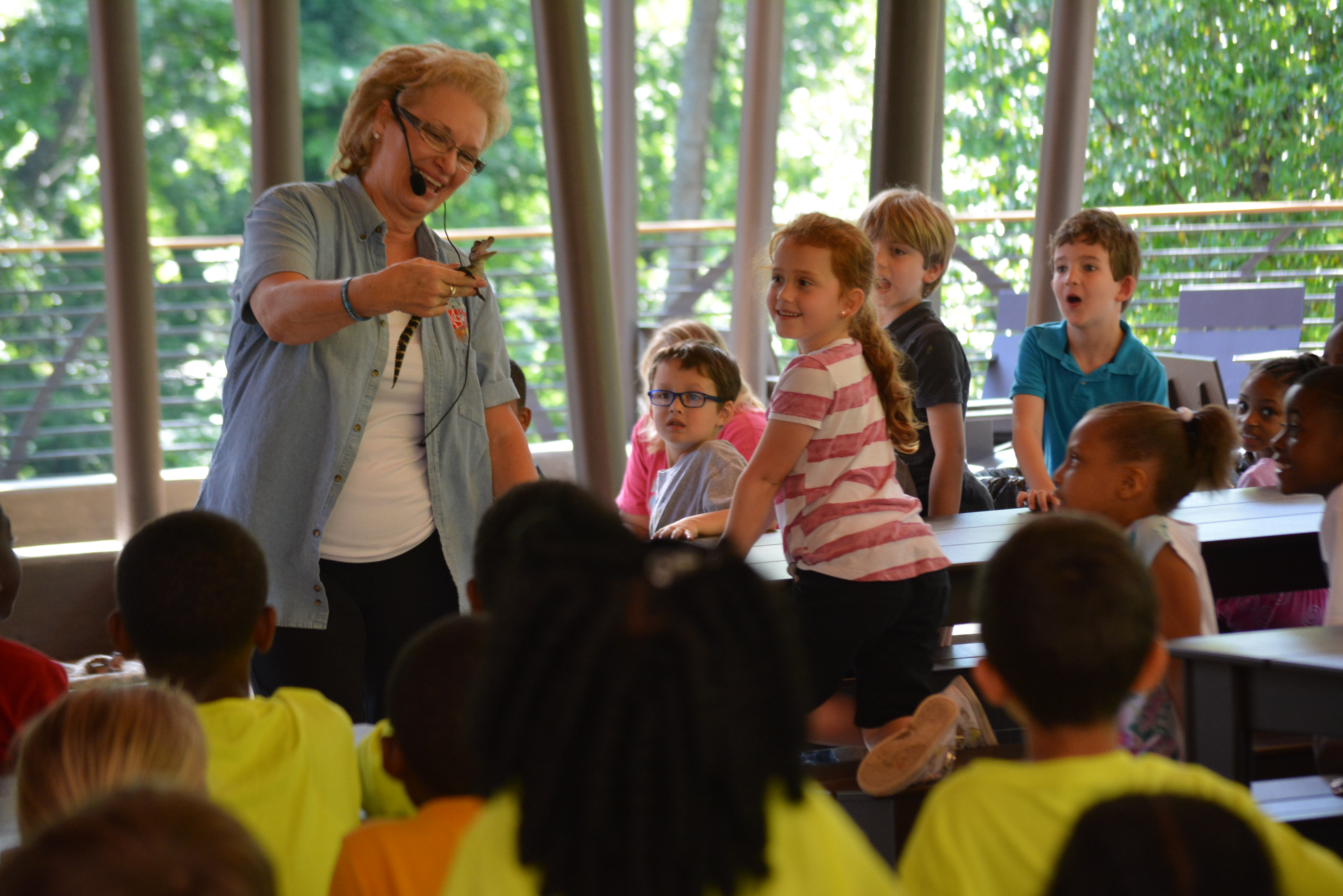 The Museum of Arts and Sciences’ expansive campus is equipped to educate with a plethora of meaningful experiences. Central Georgia residents can appreciate fine art, take in the golden age of railroads, or stroll through the Sweetgum Trail. Whatever the activity, the MAS’ 14-acre grounds cater to every type of museum-goer.