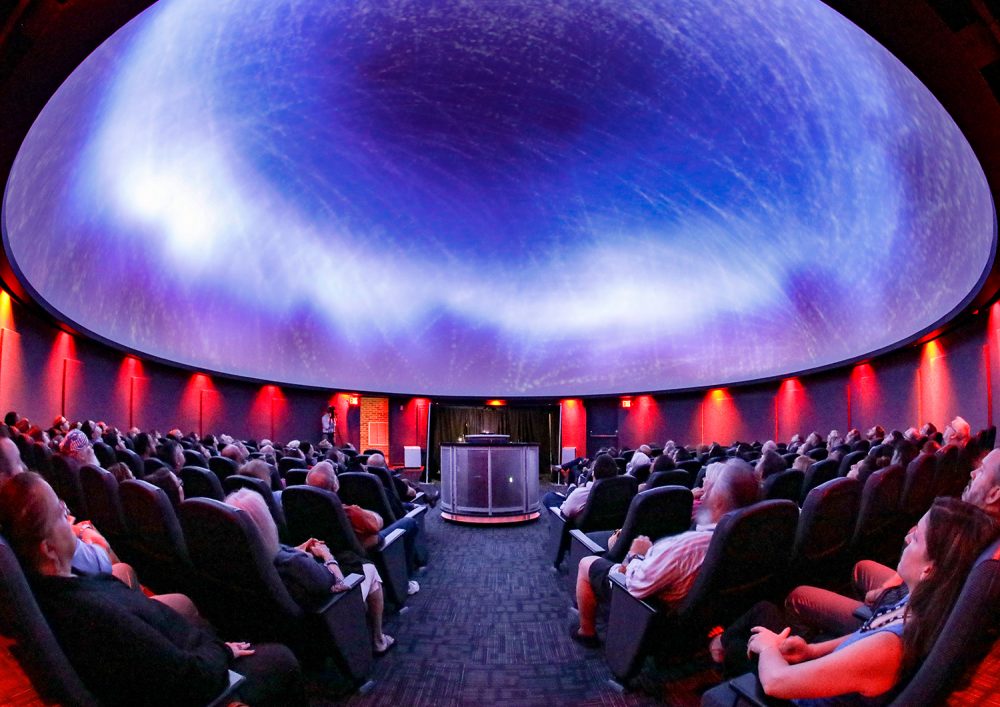 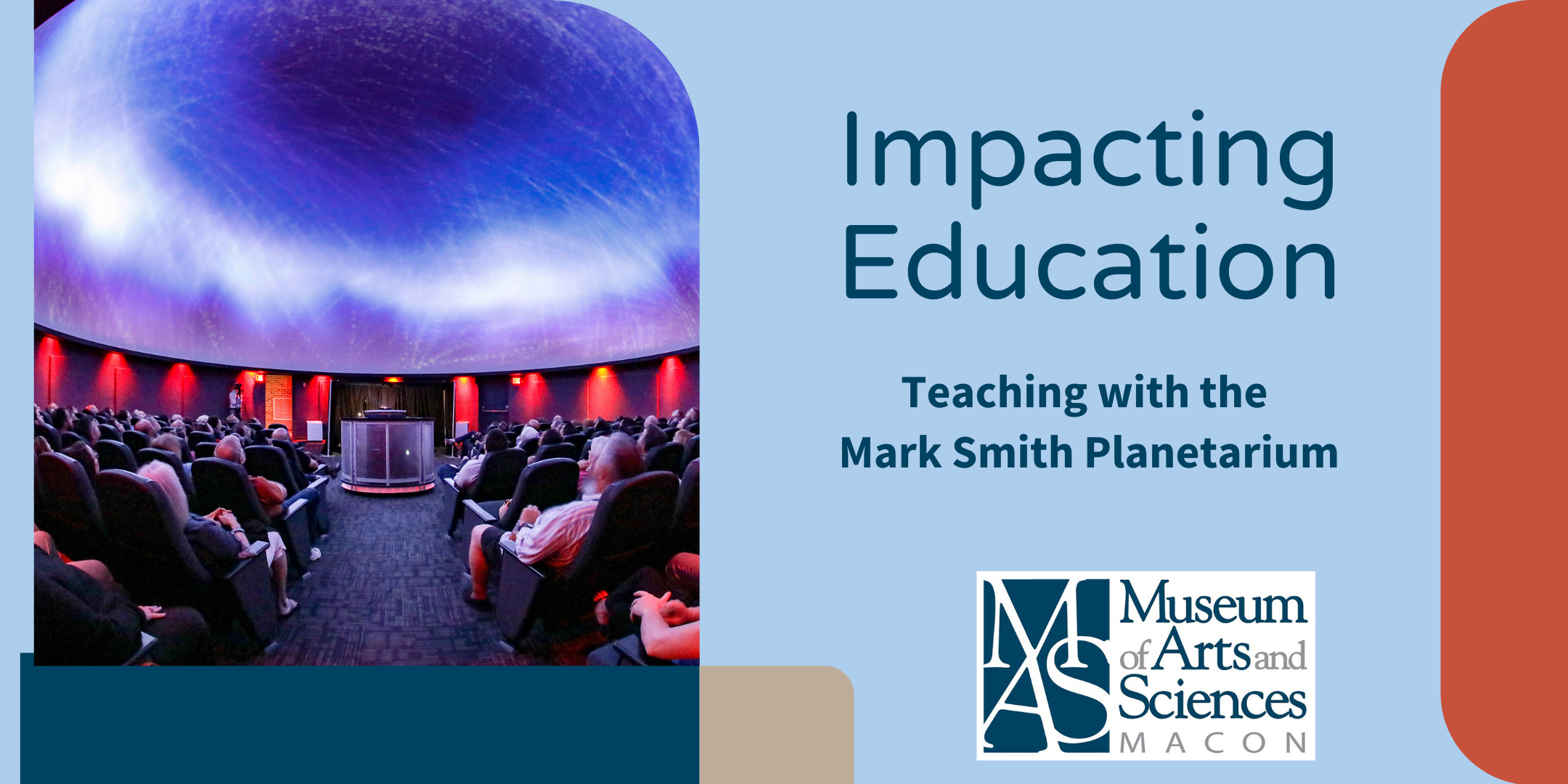 Pontchartrain Beach was a New Orleans amusement park pinned on the south shore of Lake Pontchartrain. Featuring carnival games, live music, food, and rollercoasters, the park brimmed with life for more than half of the 20th Century. No superstar was too grand to grace the shores of Lake Pontchartrain—Elvis Presley’s concerts are a testament to this. New Orleans native Phil Groce was lucky enough to witness the King of Rock and Roll live during one of his many trips as a child. But for Groce, one night in 1956 stands out among the rest.

“There was a man there who had this telescope during the Mars opposition, and he charged a quarter a look,” Groce said. “You could look through his telescope, but you had to pay him a quarter. In those days, a dollar went a long way, and you could buy a lot of cotton candy or go [on] a lot of rides for a buck. I remember my dad giving me a dollar and saying, ‘don’t spend it all in one place.’” 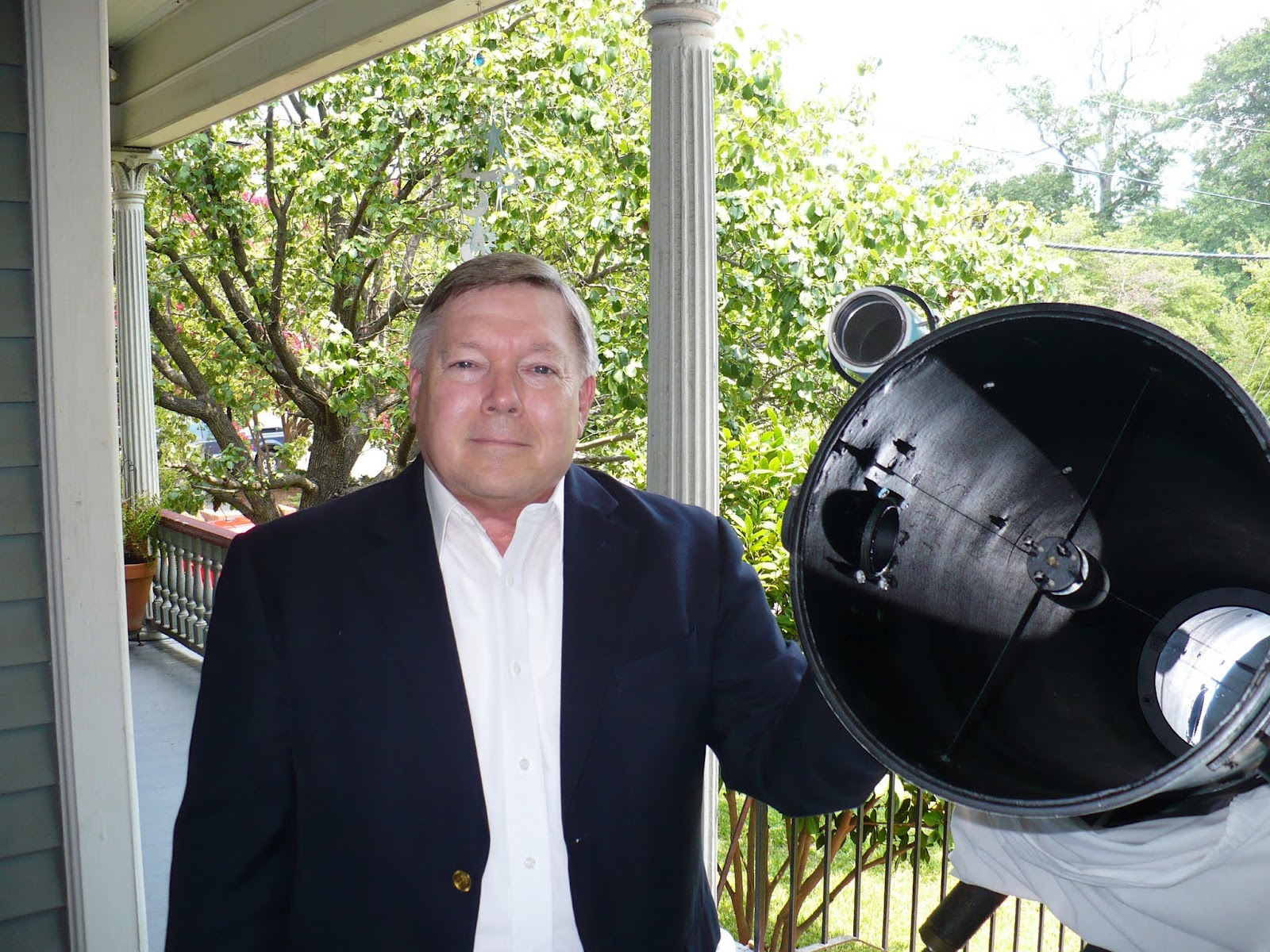 Phil Groce with a telescope.

But six-year-old Groce and his family had recently moved to a horse farm on the northside of Lake Pontchartrain, and the clear skies of the countryside were drawing him in deeper by the day. Naturally, Groce spent his entire dollar looking at Mars that night. The man with the telescope, Mr. Brown, recognized and rewarded Groce’s passion after his pockets ran dry.

“After a while, he said, ‘kid, I’m just tired of taking your money,’” Groce said. “Every time I would go back to the beach, he would have some other [celestial] object or planet to look at. So it was instrumental.”

Two years later, Groce’s parents grew their son’s blooming passion by gifting him “Stars: A Golden Nature Guide” by Herbert Zim and Robert Baker for Christmas. At 12-years-old, Groce followed in Mr. Brown’s footsteps by building his first telescope. Pontchartrain Beach shuttered in 1983, 55 years after it opened. When Mr. Brown passed away, all of his telescopes were donated to the Pontchartrain Astronomy Society. Groce was first in line to purchase the telescope that had ignited his love for astronomy. 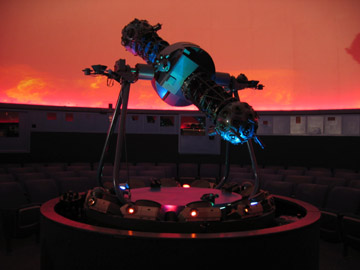 Mark Smith Planetarium prior to 2012 renovation.

Today, Groce is the president of Helping Planetariums Succeed, LLC—a company he founded in 1996. 2020 marks his 52nd year associated with the planetarium profession, a career in which he has served as director of three major U.S. planetariums and has written and produced over 100 planetarium shows throughout the U.S., Europe, and Japan. Most notably, Groce has participated as a member of the design, engineering, and project management team of more than 50 new and renovated planetariums across the U.S., including the Mark Smith Planetarium at the Museum of Arts and Sciences in 1989 and 2012. MAS’ 2012 redesign was especially important to Groce.

“I wanted it to represent everything that I had learned running planetariums,” Groce said. “This planetarium is still in many ways an example —I still show pictures of it in my resume.” 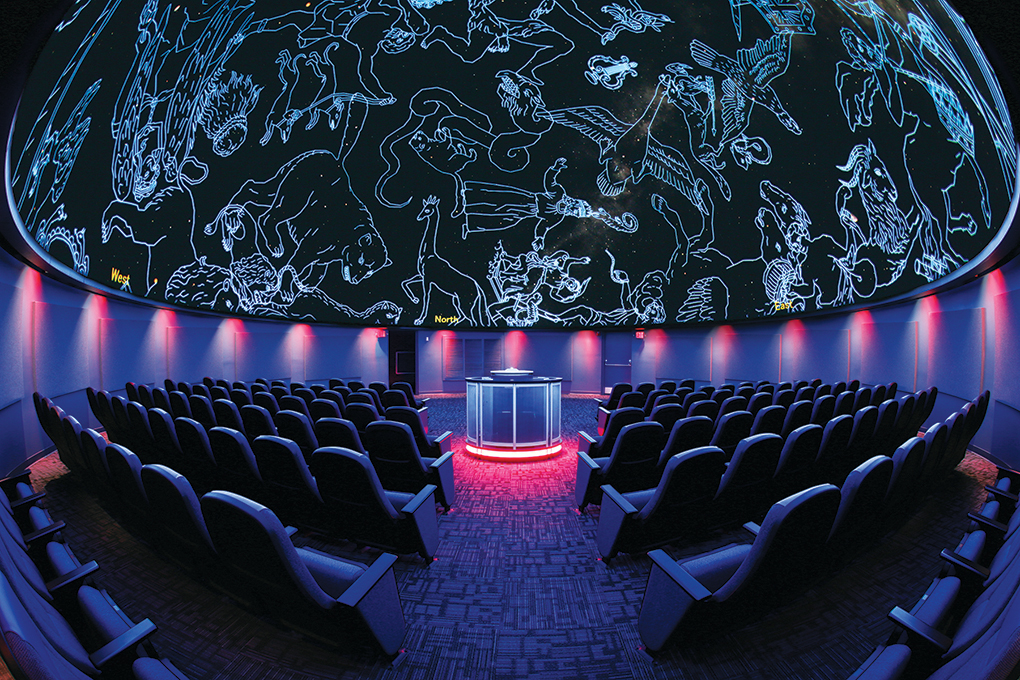 “Its ability to show anything and everything—because it’s a digital planetarium, it can take you anywhere in the known universe,” Groce said. “The old planetariums were stuck to the earth point of view. With this planetarium, you can see the universe from almost anywhere. You can see it from the edge of the galaxy, or we can move on out beyond a galaxy to the inch of the known universe.”

Paul Fisher, MAS Science Curator, has been hosting planetarium shows since he joined the museum in 2012. At his peak, Fisher hosts up to seven shows a day. General programming includes star shows—digital expeditions through space—but Fisher also works with teachers to provide customized shows that meet the educational needs of students and are tailored to meet the Georgia Standards of Excellence.

“I know what my curiosity cycle was when I was a child to a teenager to an adult, so I try to sort of help people go through that cycle real fast,” Fisher said. “[You] show them the night sky, and then you show them the galaxies. They get to go out and fly around in the galaxies, and they get a feel for how big things are really.”