Posted on September 10, 2020 Posted By: sherryCategories: Get To Know Us 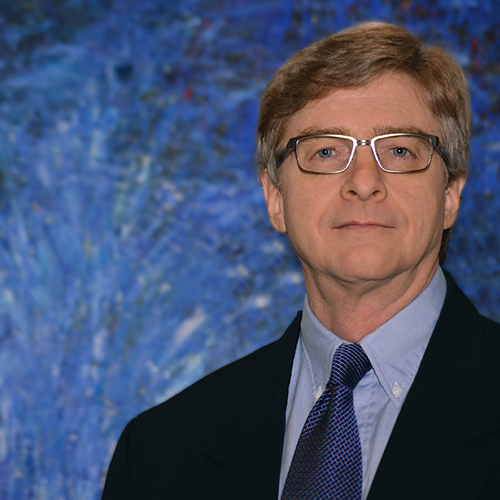 Welcome to Get to Know Us, a Q/A series giving readers a personal look into the lives and careers of MAS staff members.

Fisher was born in Columbus, Ohio, but he’s always been on the move. Fisher’s family moved to the Canadian island of Newfoundland when he was just 10. The Fishers moved back to the States three years later, landing in southern Georgia.

Fisher grew up during the heat of the Space Race and was just nine when humans first landed on the Moon. It was the icy competition between the United States and the Soviet Union that ignited Fisher’s love for space and science. Fisher would go on to study aerospace engineering at Auburn University and electrical engineering at Mercer University.

Q: When you studied engineering, did you ever see yourself ending up in a museum?

A: I worked in the rocket industry for years, so that’s where I envisioned myself. But aerospace [engineering] has gone through a lot of changes. I ended up having to get a job here [MAS] and then really liking it.

Q: What inspired you to work at the museum?

A: My wife has worked at the museum here for 25 years this year. I’ve only worked here for about seven. I originally had a job in Huntsville, Alabama, so I commuted. I watched the museum for years, and I knew the guy who ran the planetarium. When he decided to move, he thought I would be a good replacement. So I started working with him for about six months, and then he took off and I was left with my own planetarium.

Q: What does a typical workday look like for you?

A: Pre-COVID, I would do four planetarium shows in the morning for different school groups. Often, the planetarium is full so that’s like 100-120 people each time. Then we have a 2 o’clock and a 4 o’clock general public show. So, I can give up to six shows a day.

Q: How has COVID-19 affected your job?

A: COVID was just generally depressing for March and April. It is frustrating that we live in a world now where people are afraid to be in the same room with each other. My typical show lately has seven or eight people. You get more of a charge out of giving a show to a bigger group. That’s the fun thing about working at the planetarium is that you get to blow people’s minds. If you’ve got 50 or 60 older folks and their grandchildren and some moms and dads and their families, and you give them a good 40-minute show, there’s going to be people in the show that were really excited by it.

Q: Let’s talk about life outside of the museum. What is your favorite hobby outside of work?

A: Lately, my hobby has been pulling out old math books and doing old math problems. During COVID—it made me really tense being at home. I found that was a good way to relax. I was in school for so many years that I got used to being in school. So, when I sit down to study, it’s like a mediation event because I don’t think about anything else. I’m focusing, and the rest of the world is out of my mind.

Q: What is your all-time favorite restaurant?

A: I lived in San Jose for a while, and I used to go eat Vietnamese cuisine in Vietnam Town. I noticed in Macon that we have a place called Pho Saigon. It is as good as any Vietnamese restaurant I was at in San Jose.

Q: What is your all-time favorite movie?

A: Probably—I’d have to be honest with myself to say “Dr. Strangelove.”