Posted on January 26, 2022 Posted By: Kyrie HugdahlCategories: Past Exhibitions

This year's featured artists are:

Jeanette Cole is Professor Emeritus in the Department of Art at the University of Massachusetts, Amherst. She currently lives and works in New York City and Virginia. She earned a Master of Fine Arts from Texas Tech University (1979) and a Bachelor of Fine Arts Education from the University of Nebraska (1973). She has served on the faculty at the University of Massachusetts since 1989 and was recognized as Outstanding Teacher of the Year in 1999. Jeanette has exhibited her work in 32 solo exhibitions at colleges and galleries across the country and regularly in group exhibitions for 40 years. In 2000, Central Florida University exhibited her Paradise Series, multicomponent mixed media paintings, which exemplified her interest in seemingly incompatible cultural systems. She is a recipient of a Howard Foundation Fellowship and a Virginia Museum Professional Fellowship. In 2008, she showed 12 paintings in “Couples” at the Islip Museum on Long Island, (reviewed in New York Newsday and New York Times). In 2012, she had a solo show at The Industry, Long Island City, NY an alternate space sponsored by Silver Cups Studios. In 2015, her work was in Heroes, at Satellite Contemporary in Las Vegas, Nevada, and a comprehensive group of 57 works, Cat’s Cradle, from 2011-13, was shown at the Barton Museum in Wilson, NC. The works on paper from that exhibition were shown at Hampden Gallery in spring, 2017.

Scott Eakin (painting), Atlanta www.scotteakin.com The structured geometric abstract paintings of Scott Eakin are informed by the landscape of his childhood in Illinois, inescapably horizontal, structured and partitioned. Within the confines of a modified grid, color is the life force, the narrative of the paintings. Color choices embody a tension between intellect and intuition. The varying hues and intensity of the painted elements create push and pull within the space, creating movement and spatial illusion. Scott has been the recipient of several awards including the 2019 Jurors’ Award at the Museum of Contemporary Art Georgia (MOCA) Gathered Exhibition, and the 2016 Second Place Award at the Georgia Artists Juried Exhibition (Abernathy Arts Center). He earned residencies at the Virginia Center for the Creative Arts (2019) and Hambidge Center for the Creative Arts (2018).

Joseph Guay’s visual art focuses on the political and social issues we face in America. His politically charged exhibition of paintings and sculptures titled "Remnants of the Human Condition" paid tribute to Trayvon Martin, Alton Sterling, Eric Garner, Pulse Nightclub, Sandy Hook Elementary, the World Trade Center, the Boston Marathon Bombings and the Dallas Police Officer Shootings. Guay’s work is included in the Sir Elton John Photography collection and the High Museum, and has been published in Billboard Magazine, Art Papers, Faces - Grafiche Dell’Artiere, ArtsATL and featured on CNN Espanol. Guay’s largest public art installation, “The Border Wall”, was constructed completely by hand using only undocumented Mexican labor workers. The structure is made from welded steel, rebar and concrete, 40 feet in length by 16 feet tall, weighing over 40,000 pounds. It is modeled after the proposed $20 billion wall for the Mexico / United States border. The purpose of this installation was to create social awareness around the issues surrounding immigration in the United States. Guay's last exhibition titled "DUEL // DUAL” explored the two sides and battles of our sociological and political climate. Elements of the work include photographs and sculptures diving into the production and disarmament of weapons; paintings made from motor oil, shattered high-rise glass and gunpowder dealing with terrorism and the alternative reasons for war; sculptures created from live round ammunition and handguns revealing the hidden truths of consumer protection and fear.

Informed by his dual Cuban-American heritage, Mario Petrirena works with a variety of mediums ranging from sculpture to installations. Mario earned a Master of Fine Arts from the Rochester Institute of Technology (1981) and a Bachelor of Arts from the University of Florida (1977). His work is held in the collections of the High Museum of Art, Museum of Art Fort Lauderdale, Hartsfield-Jackson International Airport, The Cintas Foundation (NY), Carter Presidential Center, University of Delaware, MOCA GA, Ogden Museum, and numerous private collections. His work has been presented in solo exhibitions with Sandler Hudson Gallery, City Gallery East, Brenau University, and the Ogden Museum in New Orleans. Petrirena has several received awards including a fellowship from the National Endowment for the Arts, the Pollack-Krasner Foundation Grant, and the Hambidge Fellowship. 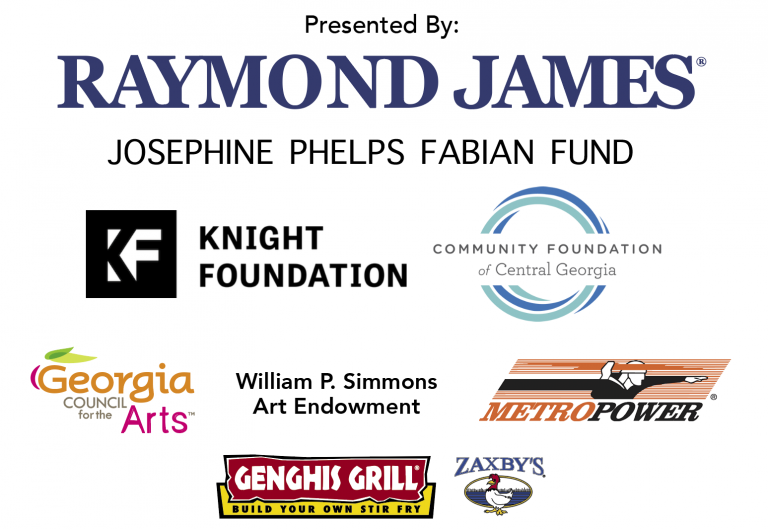